Studies have demonstrated the fact that pavement smoothness is a significant determinant of vehicle fuel economy. The smoother the pavement, the lower a vehicle's fuel consumption. But which tends to be smoother, asphalt or concrete? Well, one indication comes from state DOTs' standards, which have specifications for newly built roads. If the road does not meet the standard, the contractor's pay is reduced. Some states have different standards for asphalt and concrete, and in every state where this is the case, the requirements for asphalt roads are more stringent than for concrete roads.

Smooth roads conserve energy and extend the life of pavements. Studies at a pavement test track in Nevada have shown that driving on smoother surfaces can reduce fuel consumption in the neighborhood of 4.5 to 5 percent compared to fuel consumption on a rough pavement. A study in Sweden concluded that vehicles traveling on the smoothest roads in that country's network consumed up to 10 percent less fuel than vehicles on their roughest roads.

Smoothness also means that truck tires don't bounce on the pavement and deliver the kind of impact loading they would on a rougher pavement. Some experts estimate that increasing pavement smoothness by 25 percent results in a 9 percent to 10 percent increase in the life of pavements.

Smooth pavements save money for motorists, too. According to The Road Information Program, driving on roads in poor conditions costs around $400 per year per vehicle annually. 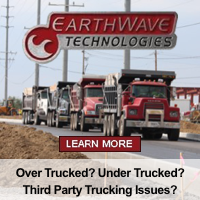